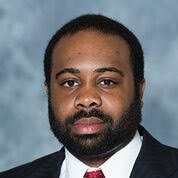 "The Impact of Fatal Encounters on Trust in the Police"

This paper examines the effect of fatal police violence on institutional trust. At the national level, I find that the death of an unarmed individual leads to a fall in self-reported confidence in the justice system. In Chicago, I find that 911 call volume in a police district decreases by about 13 calls after an officer involved shooting in that district. For Black victims in predominantly Black police districts, 911 call volume falls by about 19 calls after the incident. I also find that the release of the dash cam footage that depicts Laquan McDonald's death leads to a sustained fall in 911 calls and CTA ridership and a rise in police investigatory stops. This evidence suggests that the more salient fatal encounters could have long-term effects on trust.